Los Moros fortress: a reversing perspective for the city. The project of reuse of Los Moros fortress will be a reference model (integrated urban approach) for the surrounding neighbourhoods, and for the entire city: social cohesion, inclusion, local cultural offer and cultural reference in the Mediterranean Arc. These are the keywords from the city of Cartagena.

The city challenges / Cartagena was plunged into a great social and economic depression between 1985 and 1992 due to the industrial crisis that affected the naval and petrochemical sectors. From the year 2000, a new economy emerged in the city based on the sustainable development of cultural tourism, which has improved the existing urban model and the inhabitants’ quality of life.

The project Cartagena Puerto de Culturas (2001-2017) has developed an ambitious action plan focused on the creation of a cultural product by enhancing the city´s heritage which has made it be one of the most relevant tourist destinations in the Mediterranean coast of Spain. Despite the success in this matter, the city keeps working in new projects to recover and enhance others heritage assets to enlarge its cultural offer, and in this way, increase the number of visitors to the city and consolidate its economic and social “dynamisation”.

But the city´s economic, social and urban development experienced in the last century has not been balance and as a consequence, the city is fragmented in exclusion and inclusion areas, in rich neighborhoods and poor neighborhoods, increasingly disconnected and segregated in a  functional way.In this sense, Cartagena needs to work to decrease this historical gap, between the city areas, to become more balanced, and promote social inclusion, where all the inhabitants could have the same opportunities. To support this vision, the city is moving in these directions of:

From the challenges to the re-use / In the past years, Cartagena has followed two strategic lines for the urban planning of the city:

On the one hand, the recovery of XVIII century military heritage, to enlarge the existing cultural tourist offer and on the other hand, foster the inclusion of the vulnerable urban areas, in order to obtain a balance and sustainable city´s growth.

The Los Moros fortress is one of the former military heritage, part of the whole of the military heritage of the city, but at the same time placed in the Los Mateos district, one of the most critical sector of the city, close to the historical centre. The reuse of this former military asset, will help to achieve the city’s strategic objectives, touching on three fundamental pillars: 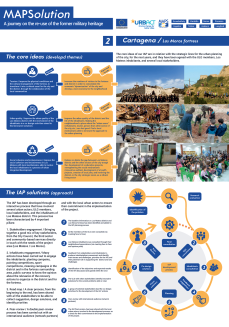 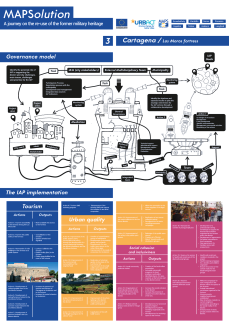 News from the social

News from the social